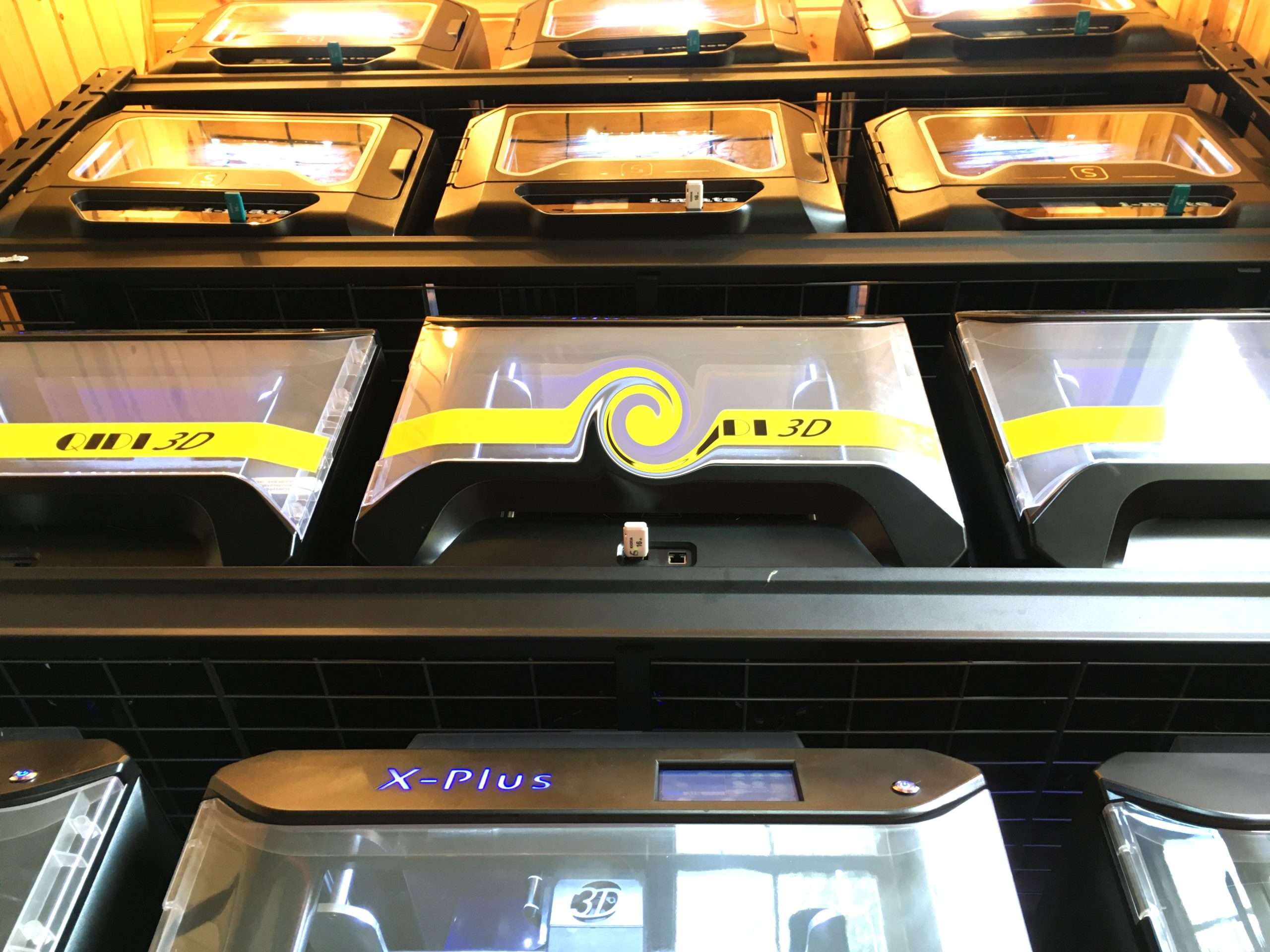 I was going to call this Pontifications on Wormholes, and Other News, but pragmatism won the day. More on that later. I’ve been busy and have many irons in the fire. That’s not new. But the products of my BUSYness are new. So here that is. Enjoy!

Benjamin Marauder Pistol Suppressor – I’ve worked up a tiny little suppressor for the Benjamin Marauder that threads directly into the barrel shroud. It’s the same diameter as the shroud and only about 4″, but makes a BIG difference. It has a honeycomb pattern on the exterior to hide layer lines and provides some grip for installation. It’ll be printed in Polycarbonate and ridiculously cheap. No adapter, no interference with filling, low price, small package, and BIG reduction in noise. More to come on that soon!

Crosman 2240 Suppressor – I’ve been getting so many emails about these. The simple truth is that I broke them and now I’m struggling to fix them. I’ve gotten rid of the printers that printed them most reliably and decided at the same time to take it down and make some improvements. Thicker walls, moved the front sight post to the front, added set screw, etc. Now everything I try causes some other issue and now I cant even print the originals without issue. This is our number one seller, so believe me, I’m working on it, but have no ETA for when they’ll be available. That’s the bad news, but here’s the good news…

Crosman 1/2-20 UNF Adapter – I’m working on a 1/2-20 UNF adapter for the Crosman 7/16″ish barrel. That may right my wrong with the 2240 suppressors. It’ll be machined from 4140 steel, Black Oxide finish, and have 2 set screws to secure it to the barrel. I’ve already ordered them in bulk, but I’m taking a chance on the tolerance for the muzzle hole diameter. I have a bunch of Crosman barrels and will test them out on those, but could end up scrapping a whole lot of them and going back to the drawing board. If you know the tolerance on the barrel outside diameter let me know!

1/2-20 UNF Suppressors – A few customers suggested making these suppressors compatible with .25 caliber as well. I’ve listened and added an option to select either .177/.22 Caliber or .25 Caliber at checkout. I don’t yet have a .25 Caliber airgun with 1/2-20 UNF threads to test it on so bear with me if you purchase one and aren’t satisfied. There’s no need to immediately go tell the world that Buck-Rail ruined your life and you’ll never know happiness again. Just let me know the issue and I’ll take care of it. Check that out HERE.

AirForce TalonP Suppressor – Some of you may have noticed a suppressor on my TalonP in a blog post I did a while back. That was when I “permanently” stopped selling suppressors temporarily… Now that I’ve “temporarily” resumed selling suppressors permanently I have been getting them ready for selling to the masses. Out of all the products I’ve designed and sold, the AirForce Grip and Forearm have done the worst. In fact, I sold 1 set! Thank you Kevin… I know that will change with time because they’re awesome and the right folks probably just don’t know about them yet. So I’m going out on a limb and adding a suppressor to the mix as well. I’ve been using mine for a while and it has been great.

Daisy 880 Suppressor Kit – One thing that has been surprisingly popular is our suppressor for the Daisy 880. I’ve relisted them with some minor improvements. The print quality is improved and the suppressor is now smaller in diameter with the same report suppression and functionality. Check that out HERE.

Crosman Picatinny and Dovetail Scope Mounts – I’ve made some minor improvements to these scope mounts. I’ve dropped their height slightly and decreased their length so that two of them together make up the distance from front to back of one of our Red Dots… It’s always bothered me that they stick out a little bit from the Red Dots and never thought to change it! (More on the Red Dots in a bit.) Also, they no longer have the interlocking feature in the middle seam. Now they are flat. This allows for more adjustability and the ability to shim them if necessary. I’ve also changed the geometry of the groove to allow for square crossbars to go through without interference. These are really only necessary on firearms with heavy recoil. I will post updated pictures of all that soon. Check those out HERE.

Hawkeye Reflex Sights – I did not intend on restocking these because prices get higher every time I order them. I figured folks would just go over to Amazon, etc. and get them there instead. I’m sure that has happened some, but many folks have voiced that they’d rather buy the Scope Mounts and Red Dot together from us. I did not anticipate that, but certainly appreciate that. They are on order and I’m hoping to have them in stock by the end of the month. Check out the mount and red dot bundle HERE.

Crosman 1377/1322 Adjustable Stock Kit – Our Benjamin Marauder and Crosman 2240 Adjustable Stock Kits have done great. I started to work on the details of the 13XX Stock at the same time as those, then got busy and completely forgot about them. Luckily, a customer reminded me about them so I got back at it and now have the steel machined adapters on order. I should be able to get those listed for sale by the end of the month.

In Other News – I have a lot of 3d printers. 3d printing is very slow. So I need a lot of them to keep up. We’re at 22 and counting. Though they don’t use a lot of power, 22 of them running simultaneously certainly does. These are all in a very small space behind my home. You could say it is very dense. In fact, I’m afraid that if I add much more to that small space I may tear a hole in the space-time continuum and be sucked into a place of utter darkness. Seriously though, I can’t draw anymore power. My cousin is an electrician and is going to help me with that. But, if buck-rail suddenly goes dark you’ll be the first to know why…