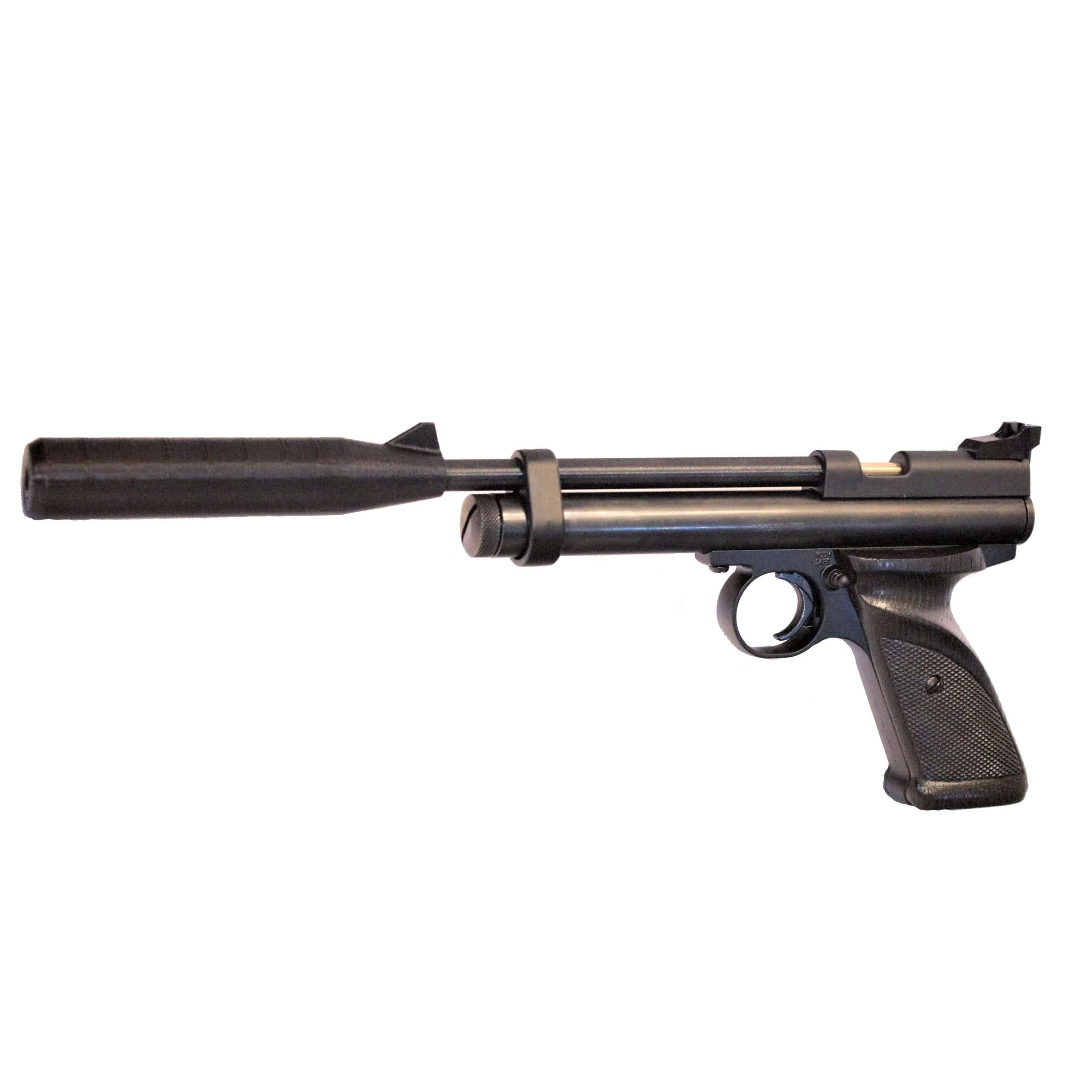 It may not look like it, but the cap and CO2 cartridge can be removed without removing the suppressor.