A Great Way to Get Kids Excited About Shooting 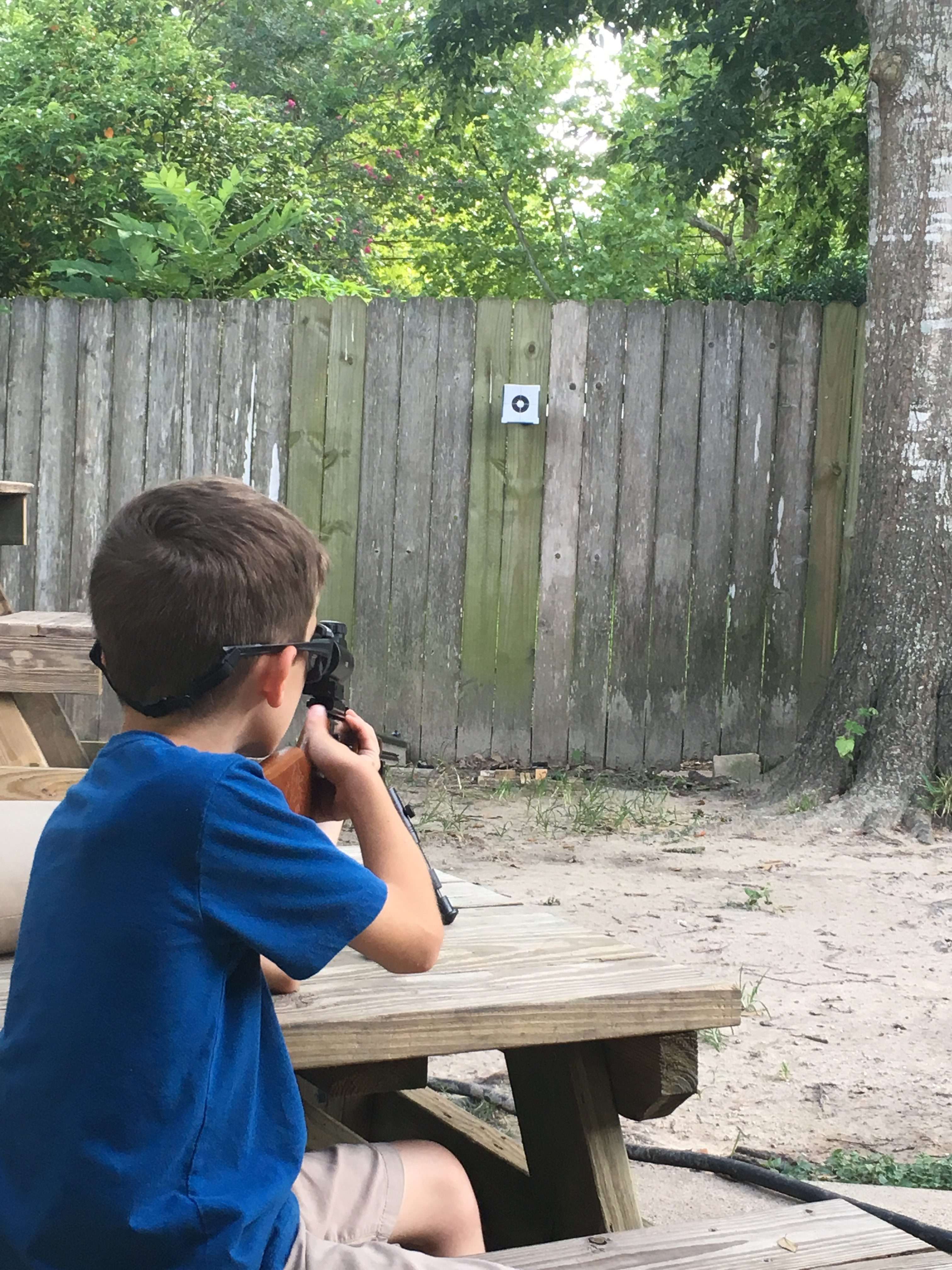 I came home from work today and saw my son out back shooting away with his Red Ryder.

Usually the only time he shoots is when I invite him and his sister out to do some backyard plinking with dad. I went outside to let him know I was home and to talk with him. I wanted to hear what got him excited about shooting. He had so much to say… but it mostly came down to his new targets. 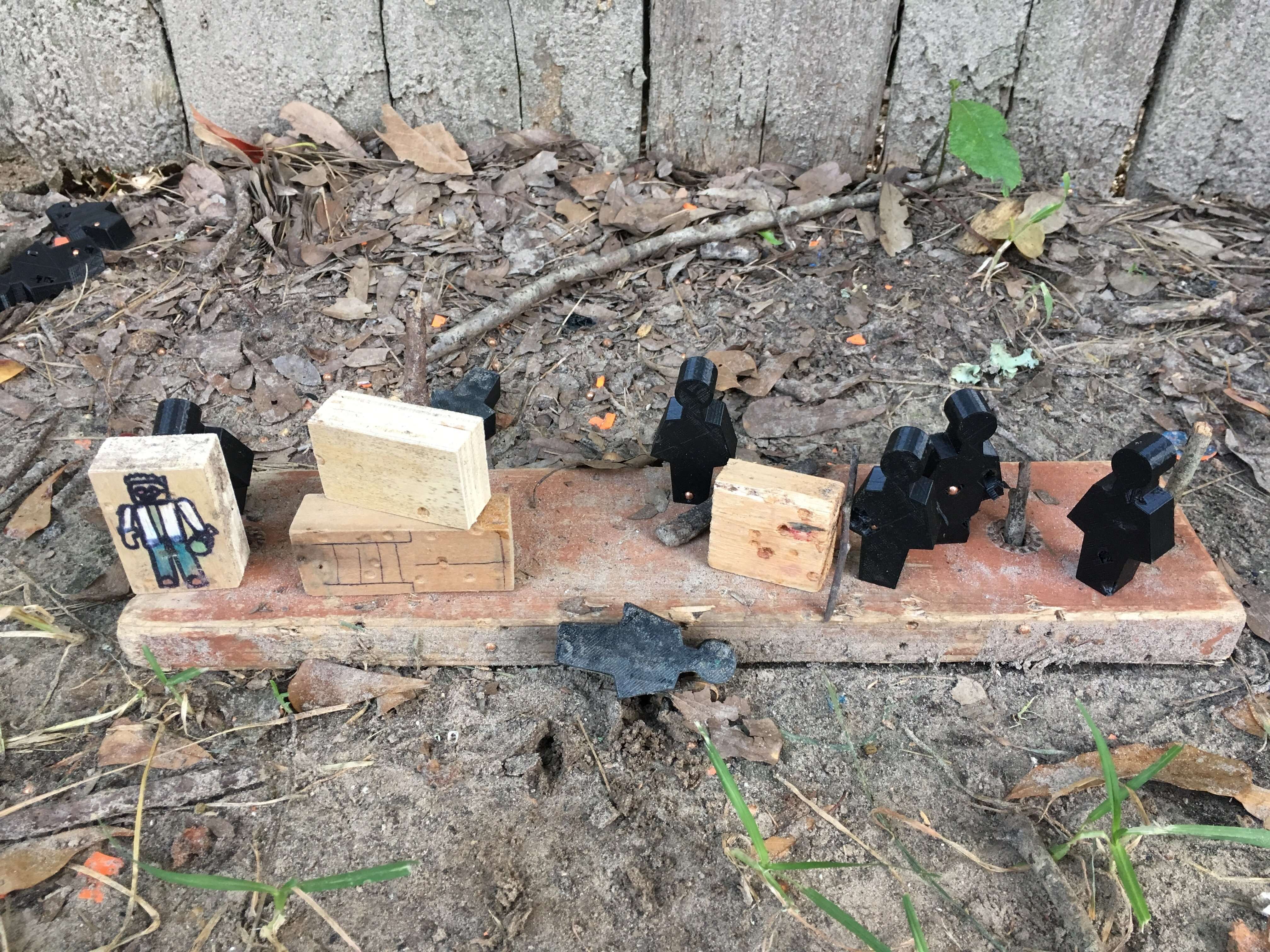 The little black plastic figures are modeled and 3D printed… by him. The wooden blocks with the block man on it was also made by him.

He set them up and tried to have them arranged in such a way that there were some who were enemies and others who were friendlies. Think Time Crisis arcade shooting. He’s got a good imagination, but it’s not too far from that and just as much fun.

He invited me to try shooting one of the 3D men behind a wall without knocking the wall down. I drew up and shot him without touching the wall and handed the Daisy back to him(I got lucky). His jaw dropped as if I just revealed my superpower.

I told him to keep it up and went inside. He didn’t come in until the mosquitoes got the best of him. 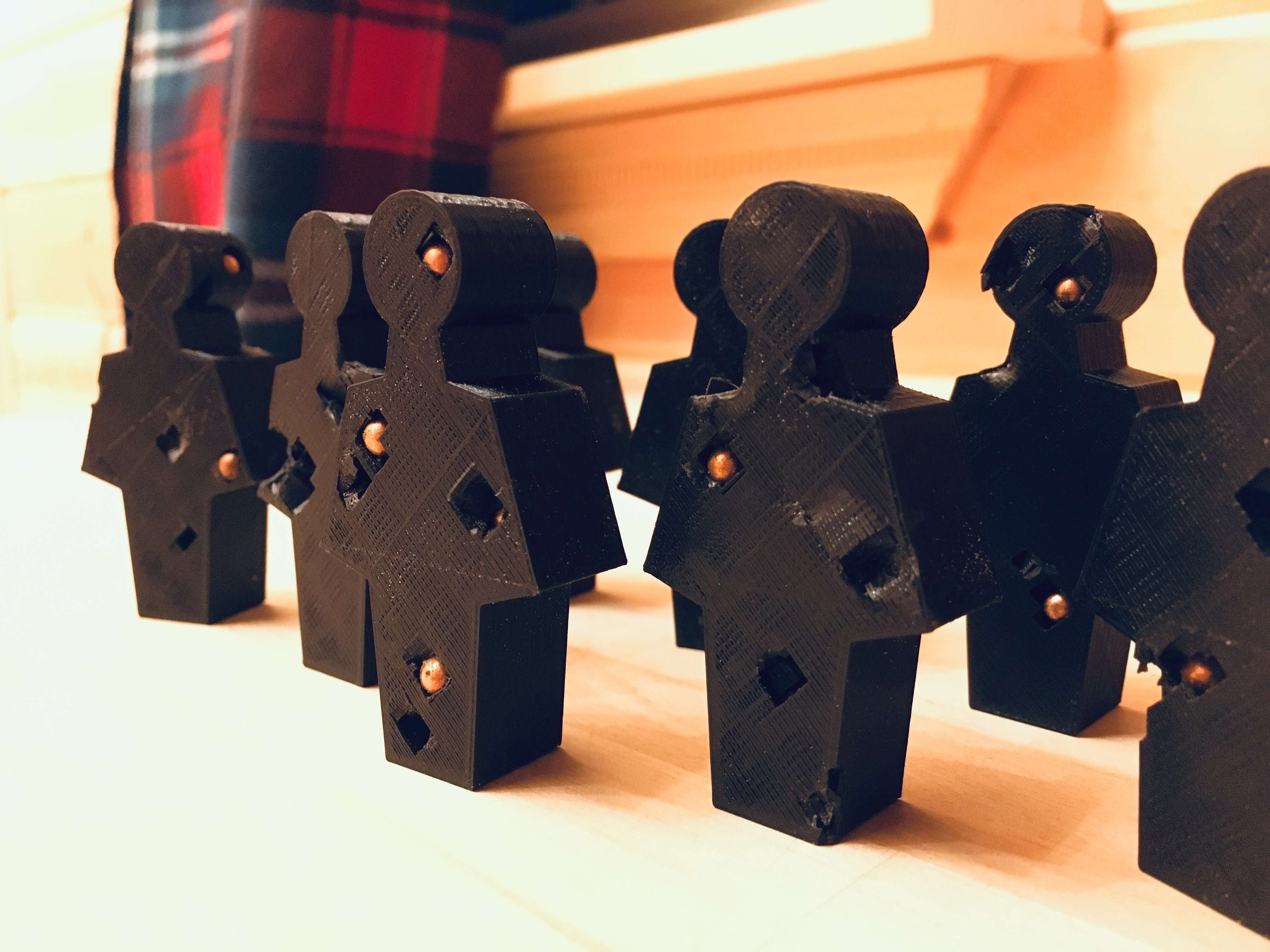 He had a blast. Every time he knocked one down or spun one around he was excited to go pick it up and see where it hit and what kind of damage it did.

We found that it is best to make them hollow with only about 20% infill. This way the men don’t shatter after one shot. They get damaged by every shot(the fun part), but not so much that you can’t keep shooting them again and again. All in all a successful little experiment. I’m sure this will end up being a regular thing. It has certainly served to get my kids even more excited about shooting their BB guns.

I may start adding them as a sort of bonus item thrown in with The Little Buck Rail scope mount. I’ll wait until we’ve thoroughly “tested” them though;) Have an idea for getting the kids shooting? What has worked for you?