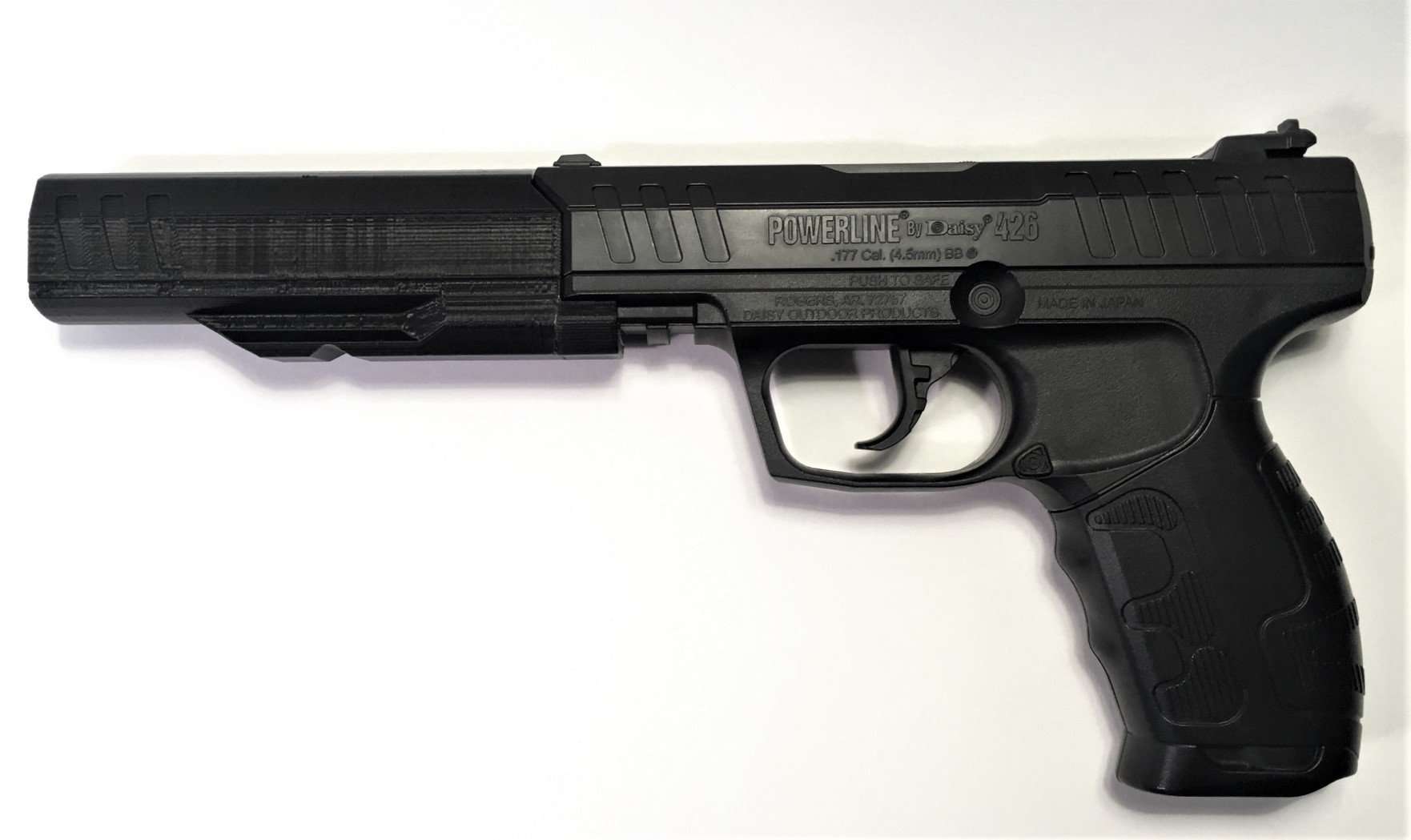 I’ve had a few requests for a silencer for the Daisy Powerline 426. It’s been a lot of work, but I’ve finally got something that will work without making alterations to the gun itself.

The biggest challenge to overcome is that it needed to somehow mount on the gun without damaging it. The Powerline 415 Silencer presses into the plastic barrel shroud, but there is too little space to do that in the 426. My first idea was to make little nubs that clutch the outside of the shroud. See below.

The adpater DID grip the gun, but it wasn’t secure enough. The next idea was to use the under barrel accessory rail along with the gripping nubs.

The silencer worked and looked really cool and sleek, but I knew a lot of people would be disappointed that they couldn’t mount a laser as well. The next idea was to use the under-barrel accessory rail, and use the silencer as a base for a laser instead.

You can buy the Daisy Powerline 426 Silencer HERE. Thanks for lookin’!